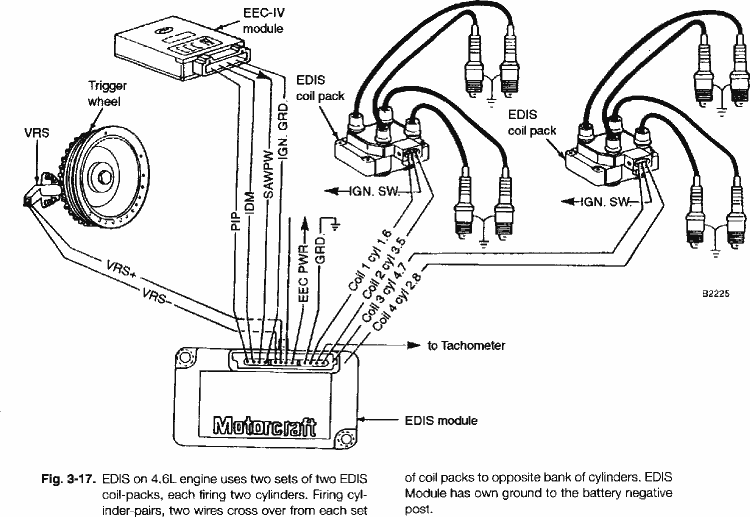 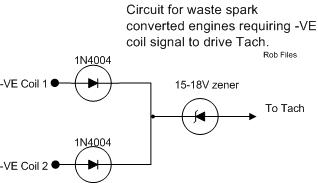 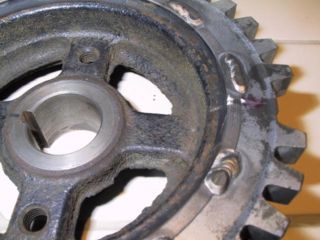 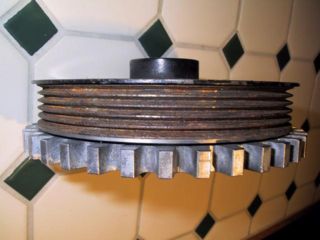 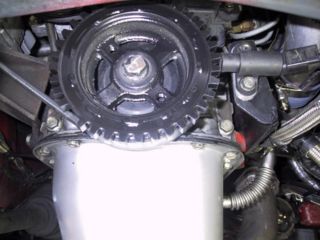 If the crank pulley has extra material to machine the necessary 36-1 pattern, identically effective results can be obtained compared to the 'traditional' technique of mating trigger wheels with crank pulleys.

The pattern can be as elaborate as replicating the trigger wheel teeth pattern into the wheel to simply milling/drilling a series of holes representing the pattern. Regardless of technique used, it's imperative the pattern is accurately machined into the pulley. In the case of drilled holes, both the size and position must be machined carefully to ensure consistent ignition timing.

The following image is of an aftermarket VW pulley, modified with the 36-1 pattern using round holes realize the trigger wheel pattern. 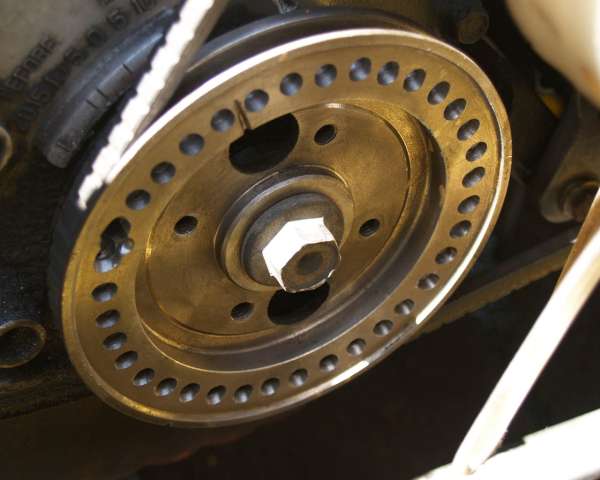